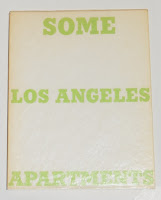 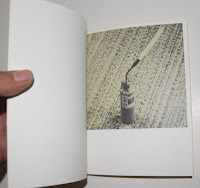 Amateur "ham" radio operators (so called due to their unwieldy "ham-fisted" operating of morse code telegraph keys in the early days of radio development), have been around since the turn of the 20th century.  And although Millennials may consider amateur radio as an antiquated, obsolete hobby, nothing could be further from the truth.

Admittedly the number of amateur radio operators has significantly decreased in the last four decades, but they are still thriving as a low-key, tight-knit group of airwave enthusiasts.  Even in today's technologically driven world, they will often appear prominently during times of natural disasters, as well as political and social unrest.  Their ability to continue transmitting when digital and satellite communications are interrupted, have made them all the more invaluable due to high tech's vulnerability.

With regard to memorabilia, QSL cards are highly sought-after collectibles by amateur radio fanatics.  As defined by Wikipedia, QSL cards are postcards - sent through the mail - and serve as confirmation of the reception of an amateur radio broadcast between two ham radio operators.  They are called QSL cards after the universally defined radio Q code for the confirmation. Collecting of these cards first gained popularity with radio listeners in the 1920's and 1930's, and the reception reports were often used by early broadcasters to gauge the effectiveness of their transmissions (think of it as data-mining in today's tech terminology)


Generally, QSL cards are printed and sent in very small quantities, and consequently they are all considered rather rare.  Although the value of most QSL cards will range from $1 to $5, the actual valuation of rarer collectible QSL cards can depend on a large number of factors, including location (remoteness of country or city region), frequency ranges, mobile ham operations (ship, DXpeditions, etc.), and date of printing. Obviously, the rarer the card, the higher the price. The highest price paid for a QSL card was $2125 paid for a 1923-vintage HPM 1AW card on eBay.  Not bad for a simple broadcast postcard.